Today – Students will submit TWA #2 Draft 1 and complete bell work #19 before receiving another chance to revise answers on last Friday’s vocab quiz for “The Cask of Amontillado” by Edgar Allen Poe.  We will review TWA #2 in preparation for draft #2 due tomorrow.  See the slides below for the bell work and TWA #2 revision guidelines.

Beginning of a Sample TWA #2

Vanished Into Thin Air or Did He?

Robert disappeared without a trace.  Yesterday, a  simple man,

Robert, greeted his wife in the kitchen and explained he will

disappear but will return five minutes later.  His wife, fixing his

dinner, continued her duties but later grew more concerned as he

now definitely evaded her company longer than five minutes.  The

authorities arrived on the scene to investigate but find no evidence

of any crime, so she is left to await his return. 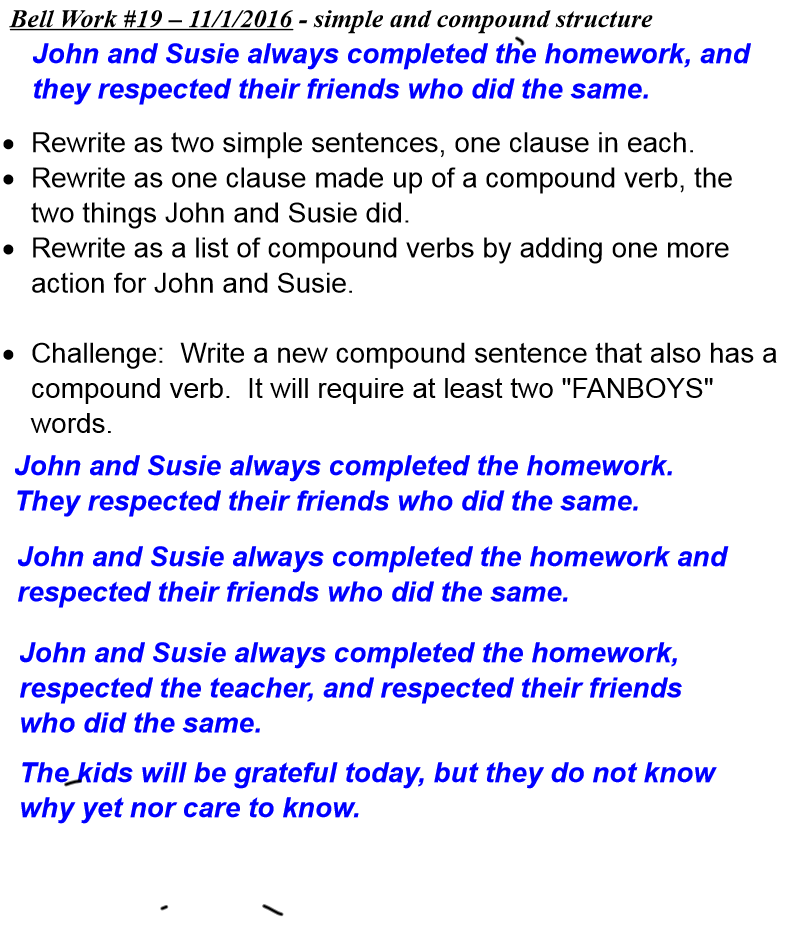